The rich get richer, and the wealthy get far nicer benefit packages too.

A new report by the Pew Charitable Trusts Foundation found employers spend a median of 38 cents of each compensation dollar on benefits, and those earning more receive more generous benefit packages too. “Controlling for other factors, jobs with higher pay generally also come with more extensive and expensive benefit packages,” the authors wrote. “Specifically, each additional dollar of average hourly pay is associated with another 67 cents per hour in employer spending on benefits.” 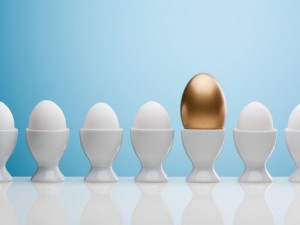 The report, titled “Worker Benefits—and Their Costs—Vary Widely Across U.S. Industries,” found many factors influence what is offered and what employers spend. The analysis found that two employers offering the same benefit might pay different amounts, and two workers earning the same wage could, due to benefits, have “radically different levels of total compensation.”

“Workers with smaller paychecks, who can’t afford to pay out of pocket for things like extra health care expenses and child care, get less support from their employers to meet those very needs,” wrote Rebecca Greenfield in an Employee Benefit News article. “In the meantime, better-paid people don’t have to dip into their bank accounts for such expenses, and can instead use their salaries to get even richer by investing the money or buying a house or putting it away for retirement. A better-paid person can put more money in a 401(k), a deal that’s even sweeter if the employer matches contributions.”

Some of the key findings included:

The benefits that workers receive, including paid leave, retirement plans, health insurance, disability insurance, Social Security, Medicare, state and federal unemployment insurance and workers’ compensation, are designed to help workers manage and prepare for financial challenges. Along with pay and working conditions, the availability of benefits contributes to the quality and desirability of jobs. Many employers choose to provide benefits to align with norms in their industry, be competitive in recruiting and retain high-quality employees, and demonstrate their commitment to worker well-being.

“Most employees see employer-provided benefits as important for their financial well-being and prefer benefits to equivalent increases in pay,” the authors wrote. “In the 2014 Survey of American Family Finances—a Pew-commissioned, nationally representative survey examining how diverse families were faring in today’s economy—98 percent of workers with employer-provided health insurance described it as important to their households’ financial security.”

How does your company’s benefits program stack up against your competitors’? For a review and consultation, please contact us.