An Employee Retirement Income Security Act (ERISA) plan has the right to be reimbursed for a member’s medical expenses if that member is compensated through a third-party settlement. However, a U.S. Supreme Court decision in January 2016 means that an ERISA plan will need to act quickly to identify the appropriate funds for repayment.

The 8-1 decision was issued by the justices in Montanile v. Board of Trustees of the National Elevator Industry Health Benefit Plan. 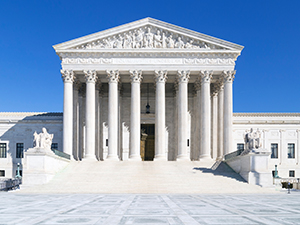 Robert Montanile, who was covered by the company’s ERISA plan, was injured in 2008 after a drunk driver crashed into his vehicle. The plan paid more than $120,000 for Montanile’s medical expenses. Montanile sued the driver and was awarded a $500,000 settlement. Of that amount, $263,788.48 went to his attorney, and he spent some of the remaining amount without reimbursing the plan.

The plan’s lien provisions, outlined in the summary plan description (SPD), required insureds to reimburse the plan if they later recover money from a third party for their injuries. The issue before the Supreme Court was whether the plan could recover these funds after the settlement money was gone.

The Court ruled that the administrator could not sue Montanile because the plan administrator would be going after the participant’s assets, which were not part of the settlement. In short, the lawsuit was not seeking “appropriate equitable relief” under section 502(a)(3) of ERISA law because it was seeking repayment with funds that did not come from the settlement. The Court has remanded the case so a district court can determine how much of the original settlement proceeds are left and to what extent the plan can enforce its equitable lien.

The justices rejected the idea that the ruling would encourage participants to quickly spend settlement funds, which could harm an ERISA plan’s ability to protect its assets. However, the Court did make it clear that a plan cannot sue a member once the settlement money has been spent — which puts an interesting challenge on ERISA plan administrators to be diligent about seeking reimbursement quickly after a settlement is made.

Contents In This Update

HDHPs and HSAs: Pros and Cons