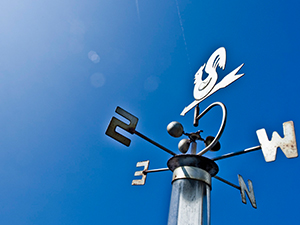 When your employees are covered by more than one health plan, you’ll want to know which plan is “primary,” insurance jargon for the one that pays claims first. Here’s some guidance.


Let’s consider two situations where dual — and dueling — coverage might occur. They both involve someone covered by two plans, but in one case, both plans are group plans, and in the second, one plan is group medical and the other is Medicare.

The rules that regulate the coordination of benefits and define the primary payer in a situation where two policies cover one person are set by the state where the insured resides. The regulations vary from state to state.

The National Association of Insurance Commissioners (NAIC) has developed a model regulation for coordination of benefits. States have no obligation to use the NAIC model, but many do or have written regulations that closely resemble it.

According to NAIC, states that either have taken no action on the topic or have established regulations that differ significantly from the model are Alaska, Florida, Hawaii, Maine, Maryland, Mississippi, New Mexico, Pennsylvania and Vermont. Washington, D.C., is also on that list. Here are some nuggets from the NAIC model regulation:

• A dependent child of parents who both hold policies that cover the child and are living together is covered first by the policy of the parent whose birthday (month and day) falls earliest in the calendar year. If they have the same birth date, the plan that went into effect first is primary.

The NAIC model suggests that claims should be filed with each insurance plan, regardless of which coverage is primary. However, the important thing is to understand the regulations in your state and clearly explain the benefits to employees.

You can order a complete copy of the NAIC model regulation by visiting www.naic.org/prod_serv_model_laws.htm.

Situation Two: When Medicare Is Involved

The good news is that uniform rules apply nationwide to employees with Medicare. In most cases, Medicare is primary, meaning Medicare will pay claims for covered individuals first; then you can submit any balance remaining to another policy (the secondary policy).

Some of the most common situations where Medicare becomes the secondary payer are:

• The individual or his/her spouse is currently employed/working and covered under an employer group health plan as a result of current employment.

• The individual in question is Medicare-entitled due to end-stage renal disease. Medicare is the secondary payer to a group health plan until a 30-month coordination period has ended.

Administering a group health plan is a complicated task that requires knowledgeable and dedicated staff. For more information, please call us.

Up in Smoke: Tobacco Cessation Programs at Work