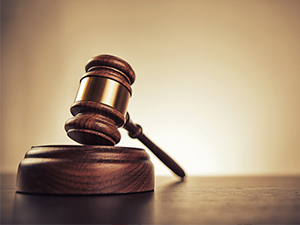 On Tuesday, November 22 a federal judge issued a nationwide injunction blocking the U.S. Department of Labor (“DOL”) from implementing its new overtime rule scheduled to take effect December 1, 2016.  The rule would have affected approximately 4 million executive, administrative and professional (“EAP”) employees, making them eligible for time-and-a-half pay for all hours worked in excess of 40 per week if their salary is below $913 per week ($47,476 per year).  The new threshold would have doubled the current threshold of $455 per week ($23,660 per year).

The case, State of Nevada v. DOL, was presided over by Judge Amos Mazzant, an Obama appointee to the United States District Court for the Eastern District of Texas.  The lawsuit was filed by the Attorneys General for Texas and Nevada and was joined by 19 other states.  The states alleged that the DOL’s overtime rule is illegal because the minimum salary threshold of $47,476 makes millions of EAP employees’ non-exempt when their duties clearly qualify them to be treated as exempt.

The Court agreed, finding that the minimum salary level and the automatic updating mechanism in the new regulations are without statutory authority under the Fair Labor Standards Act (“FLSA”).  Essentially, the Court concluded that the new rule imposed a de facto minimum wage requirement for EAP employees of $47,476, which exceeds the DOL’s authority under the FLSA and is contrary to Congressional intent.  Under the FLSA, bona fide EAP employees are exempt from minimum wage and overtime requirements.

The decision is a blow to the president’s overtime regulation, which was intended to boost workers’ paychecks in the face of stagnant wages.  Even if the Court ultimately restores the new overtime rule, it is likely to be revised by President-Elect Trump through additional rulemaking or legislation.

Employers that have already made adjustments to comply with the new rule may find it difficult to reverse any changes. However, employers may decide to postpone any changes that have not yet been made.

This update is for general informational purposes only. While we have attempted to provide current, accurate and clearly expressed information, this information is provided “ as is ” and GCG makes no representations or warranties regarding its accuracy or completeness. The information provided should not be construed as legal or tax advice or as a recommendation of any kind. Users should seek professional advice from their own attorneys and tax and benefit plan advisors with respect to their individual circumstances and needs. © 2014-2017 Zywave, Inc. All rights reserved.