Before his surprise election, President-Elect Donald Trump said he would repeal the Affordable Care Act “on Day One.” However, the health care law championed by Barack Obama could prove more difficult to dismantle than Trump had imagined. 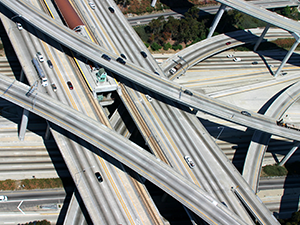 Since that time, Trump has backed off a bit from a complete repeal. By the time this issue went to press in mid-December, he had offered limited details about what changes he’d like to make. He has indicated that he plans to employ a flexible approach and would like to retain provisions covering those with pre-existing conditions.

“It is clear to any objective observer that the Affordable Care Act (ACA), which has resulted in rapidly rising premiums and deductibles, narrow networks, and health insurance, has not been a success,” according to a statement on Trump’s presidential transition website. “A Trump administration will work with Congress to repeal the ACA and replace it with a solution that includes Health Savings Accounts (HSAs), and returns the historic role in regulating health insurance to the states.

“The Administration’s goal will be to create a patient-centered healthcare system that promotes choice, quality and affordability with health insurance and healthcare, and take any needed action to alleviate the burdens imposed on American families and businesses by the law.”

Repeal and Replace or Amend Obamacare?

Achieving this goal, however, even with Republicans retaining their Senate and House majorities, will almost certainly require Trump to build bipartisan support—something that has proved problematic in recent years.

Currently, Republicans don’t have 60 seats in the Senate so the Democrats could filibuster any ACA repeal and replace plan. It may be possible for the Senate to use a process known as reconciliation. That only requires 50 votes to repeal the law. But experts say repealing the ACA would mean that more than 20 million people would lose health insurance coverage. As a result, any Republicans facing re-election in 2018 could be unwilling to repeal the ACA without a viable replacement plan. Another strategy Republicans might use to repeal the ACA is known as leveraging reconciliation, which would delay the repeal by 12-18 months. During this time, Republicans could work with Democrats to come to a consensus on a replacement plan.

The 310-word plan posted on Trump’s presidential transition website, which calls for protecting “innocent life from conception to natural death” and modernizing Medicare, would give states a significant role in regulating health insurance and running Medicaid health insurance programs. It’s similar to the plan Trump released in March that would allow insurers to sell plans across state lines, send Medicaid funds as block grants to states and make tax-free health savings accounts part of an estate.

Trump has said that freeing the insurance industry from the ACA would result in more affordable and accessible coverage. “The administration will also work with both Congress and the states to re-establish high-risk pools—a proven approach to ensuring access to health insurance coverage for individuals who have significant medical expenses and who have not maintained continuous coverage,” according to a statement on his website.

Benefit experts say some of his proposals will face strong opposition.

“Trump will focus on free market solutions,” Joe Ellis, senior vice president of CBIZ Benefits & Insurance Services, told Employee Benefit News. “The individual mandate and employer mandate will be targets of his plan, without which begins the unraveling of ACA. He will continue the restrictions on exclusions for pre-existing conditions, and make sure people with coverage will not lose it. And I believe he will re-introduce traditional underwriting in health coverage. This will not be an attempt to exclude people from but to allow insurers to assess risks and charge accordingly.”

“Because many employee benefits enjoy tax-free status—employer-provided healthcare and employer-provided retirement account for the largest annual loss in revenue to the federal treasury—it is likely that there will be a close examination of employer-sponsored fringe benefits, including retirement plans, healthcare benefits and educational assistance programs, as any part of tax reform efforts in Congress,” Lisa Horn, director of congression-al affairs for the Society for Human Resource Management, told Employee Benefit News.

Whether Trump works closely with Ryan remains to be seen, but Trump has indicated he will work with Congress to implement a series of free-market reforms designed to “broaden healthcare access, make healthcare more affordable and improve the quality of the care available to all Americans.”

“With Obamacare, premiums are surging, companies are leaving, insurers are fleeing, doctors are quitting and deductibles are going right through the roof,” Trump said during his campaign for president.

For more information on upcoming changes to the nation’s healthcare system, please contact us.

This update is for general informational purposes only. While we have attempted to provide current, accurate and clearly expressed information, this information is provided “ as is ” and GCG makes no representations or warranties regarding its accuracy or completeness. The information provided should not be construed as legal or tax advice or as a recommendation of any kind. Users should seek professional advice from their own attorneys and tax and benefit plan advisors with respect to their individual circumstances and needs.

COVID-19 Legislative Update 12:00 pm CDT Join compliance experts, Stacy Barrow and Danielle Capilla, for a COVID-19 webinar that will focus on answering key questions employers are dealing with in this tumultuous time and an a Register »
Top
Ask a Recruiter